Happy Christmas to all...

Well the studio is now closed until 5th January 2009,just a few weddings left to shoot over the festive period.What a year 2008 has been,seriously the best yet, with a high point of winning the Reportage Wedding Photographer of the year & the Studio Portrait Photographer of the year at the Pro Photography Awards in April & the National Photography awards in Newcastle where we had the added bonus as guests of Spicer Hallfield (the UK largest album manufacturer). On the wedding front again a record year for both Jane & myself, meeting some great people who I know will be friends forever.Thanks go to all our Bride & Grooms and Portrait clients & extra thanks also to our ‘Rock The Frock’ people.The low point was Janes dad falling seriously ill in the Canary Islands & Jane having to fly out to help, a special thanks to customers (friends) who helped he’s now fit again.

2009 what’s in store……
The biggest challenge for the two of us is the two Pro Awards ceremonies, we both shot quite a few superb entries during 2008 so cant wait to see how we do (more importantly who wins Jane or Dave).Hopefully a change around inside the studio. This year we will also be working a lot closer with Spicer Hallfield with trade shows & seminars (they have released a new range of albums using some of our weddings) personally Im really excited about this so details to follow in the year.
Regarding weddings we only have a small number of dates available for 2009 & scarily 2010 is filling up fast.Really cant wait for 2009 some beautiful couples & stunning locations also some new gear & techniques that we have been mastering during 08. (cant say now,don’t want people copying our ideas just yet,but as the saying goes imitation is the highest form of flattery)

Most Importantly both Jane & myself wish all our customers old & new a Very Merry Christmas & A Prosperous New Year.
1 comment:

A dull overcast day couldn’t spoil the fun for Damian & Bernadette’s wedding at the impressive St Marys Church in Standishgate and then on to Kilhey Court Hotel (turning into our second home).Damian was very calm & Bernie looked truly stunning and shone all day. The subtle light was perfect for my style of low light candid photography and as its Christmas I have decided as a little treat to myself, Im only putting my fave black & white images on the blog. 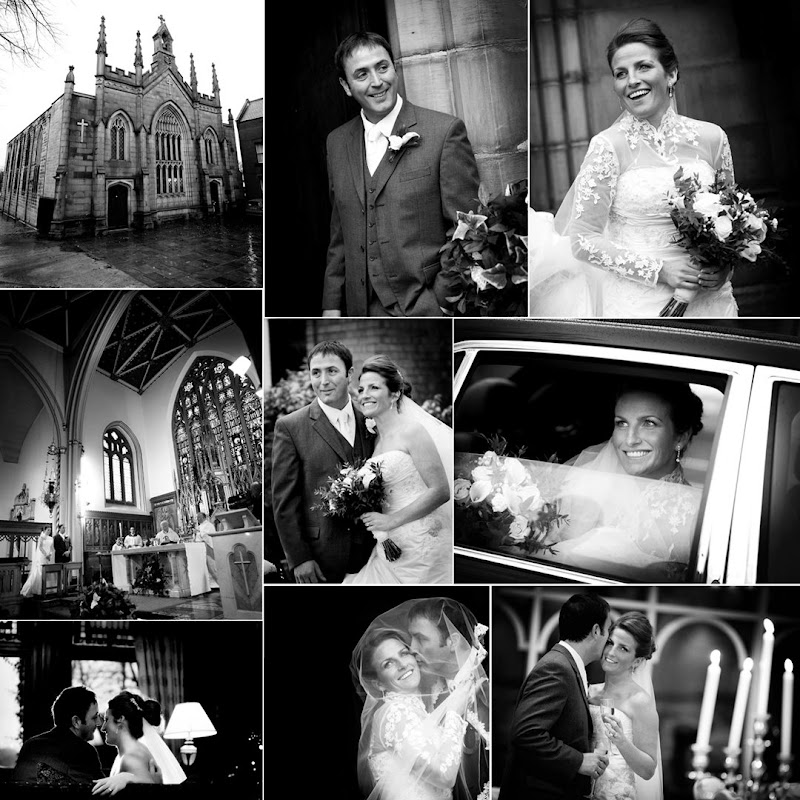 Thanks to you two for the fun.D.
No comments:

A perfect winters evening for Scott & Sadies romantic wedding at Haigh Hall.Jane & I arrived to meet a very calm & relaxed Sadie & the girls getting ready and from then on the day was stunning.This wedding was a exciting challenge for the two of us as the ceremony & meal was lit only by candles,but the winter sunset & the Hall lights made for some of my fave images of the year.What a way to end November, a photoshoot & wedding full of awesome images of the gorgeous couple.Keep an eye on this blog for the future as I have high hopes for a few of these images. 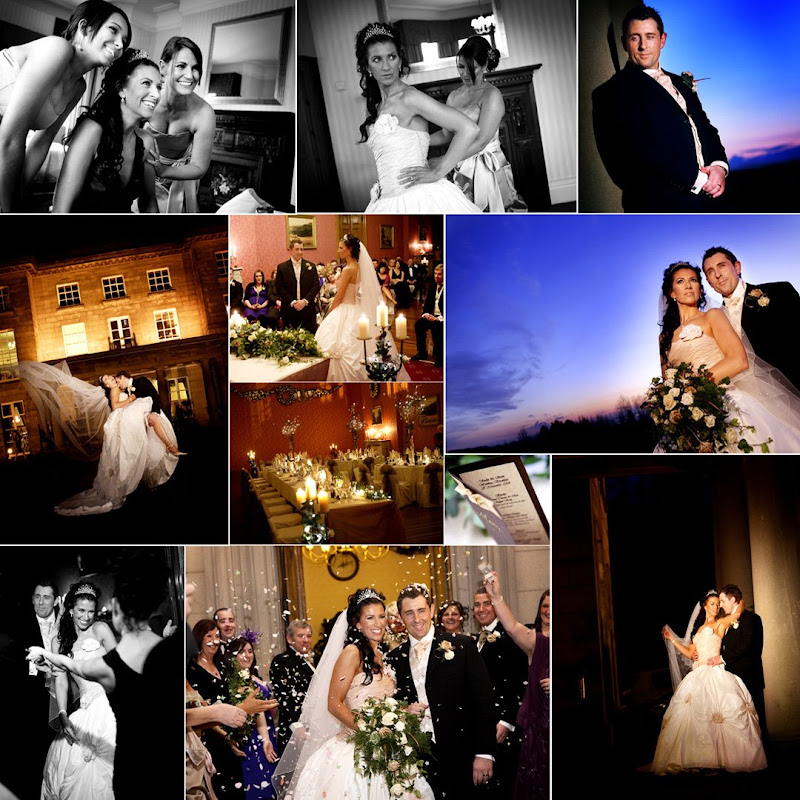